Prayers to Lord shiva from Tirumandiram

Prayers   to Lord shiva  from Tirumandiram 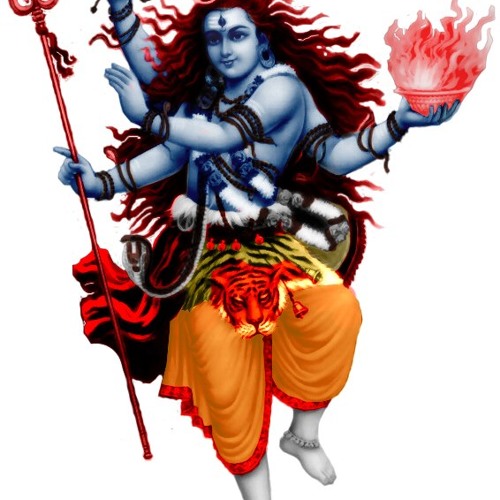 (The Tirumandiram, by Siddha Tirumular is a sacred, monumental work of philosophical and spiritual wisdom rendered in verse form.  Encyclopedic in its vast scope, and written perhaps as early s 200 B.C., it is one of India’s greatest texts, a spiritual treasure-trove, a Sastra containing astonishing insight.Here is a small selection of prayers  to Lord Shiva.)

I keep in my mind  and  praise  ,
The one who has   five hands, elephant face,
Who has   tusks like  the crescent of moon,
Who is son of Lord Shiva and who is extremely wise

There is no God  comparable  to Lord Shiva,
There is no one comparable to him here,
He is beyond the worlds, who has  a tuft ,
Which shines like gold and sits in lotus like  mind of people.

There is no   gods   except   him,
There is no great penance, which avoids him,
Without him , the trinity  cannot do anything,,
Without him, I do not know  the way to heaven.

He has  an extra eye, stands   with great   love,
And several people say that  innumerable  devas  died,
And those  in the earth and heaven knowing this,
Are   nor having an understanding , that he is the greatest

Though  we mix asafoetida  and onion  ,
Musk alone   would have  more   perfume,
Thinking Of matchless of god in all countries,
We realise there is no relative  like him.

Lord Shiva  without birth  gives  great blessings,
Has no death and grants  pleasure for all,
He also never leaves you,  so salute him and if you do,
He will never  forget you and will  grant you stable  wisdom.

Lord Shiva mixes and stands  everywhere and  is everywhere,
Even if he dislikes a person , he is the one before and after the world,
He is also one who hides and stands and is the  Lord  of Indra,
He is the help  on your path only   to those who salute him.

You have   to praise the  lord, who is Shiva  , the nectar  you never get satisfied,
The incomparable  philanthropist  ,  the first   one of the world,
Under  all circumstances  and if you  praise  him,
By that  you would get the  blessing of that god.

The  light who lives in mind of those  who can praise,
The pure  one who  is in the  god  boiling in the mind,
If we praise him  and beg from him saying “My lord”,
And make him our friend  , we  can get his blessings.

Those   who live in their home  are  equal  to those  who do great penance,
Those  who always  think of him  , would live as his friends,
It is like   a eagle   that  lives on a palm tree ,
Not thinking about his fruit  and not getting it.

The devotees    who pray   to the lord of devas,
Salute him by head and think    about  ,
The one  who is first is  the greatest God,
And I thought he  is the  forever lamp and attained him.

I will keep his feet on my chest, I will make  the lord to sit on my mind,
I will sing that  he is the lord, I would   worship him with several flowers,
I will dance and wish to go near him as lord  of   all the devas,
And I would wish to have him  and try to know   him.