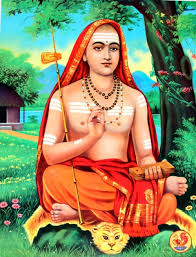 For the past  sixteen  years I have been doing translation of various stotrams,. I have so far translated about 1200 stotra rathnas. Written in 4 different  languages  I am now trying to look back as to that I have done.

The earliest prayers  of Hinduism    are found  in the  Vedas   and are x called Sukthas . Ramayana   the first epic that was composed  by Valmiki has  2 stotras , one addressed to  Sun God and another  addressed   to the Ganges river. The  various revisions of Ramayana  and  several Puranas  contain several stotras addressed   to several   gods. Few  poets also started writing  stotras indendently . There was  also compositions  of prayers in several languages.
Possibly the greatest contribution to the stotra literature has come from Adhi Shankara. His utter sense of devotion , simplicity in choice of words, fluency and very musical writings have endeared his writings to all his devotees.  According to  the  complete c works  of Adhi Sankara  compiled  recently ( http://www.advaita-vedanta.org/texts/Complete_Works_of_Adishankara.html ), some 80 prayers  composed by  Adhi Sankara   are   available with us.  I  had the good fortune to translate  62 of his great works in to English. I am not at all a great scholar    and I believe firmly  that God made me do it .All credit  to these have to go God and the criticisms   for not doing   the translations  properly    should go to me .
Here  is list of Adhi Sankara’s works that  I have translated   with urls   to asses them.


62.   Viswanathashtakam- http://stotrarathna.blogspot.in/2009/07/adhi-shankaras-viuswanadhashtakam.html
Posted by Raja Thatha at 1:44 AM No comments: Links to this post

Tripurasundari ashtakam
(The octet to the beauty of three worlds)
By
Adhi Shankara Bhagawat Pada
Translated by
P.R.Ramachander

I salute that beauty of the three worlds,
Who is the consort of the three eyed one,
Who wanders in the forest of Kadambha**,
Who is like a rich cloud to the sages*,
Whose hips excel the mountains,
Who is served by wide hipped deva maidens,
Who has eyes like newly opened lotus,
And whose colour is that of the rich grey cloud.

**”Kadambha is a tree called Nauclea cadamba. It is said
to put forth orange, fragrant buds at the roaring of thunder clouds.
A withered relic of the Kadambha tree is preserved in the precincts of
the Madurai Sri Meenakshi temple. It also means multitude. In that
sense, the Kadambha forest stands for the universe that the Devi
permeates completely.”
* She is like a cloud that quenches the thirst for knowledge of the sages.

I salute that beauty of the three worlds,
Who is the consort of the three eyed one,
Who lives in the forest of Kadambha trees,
Who carries a Veena made of Gold,
Who wears a necklace of precious gems ,
Whose face is aglow with the delight  of  nectar,
Who in her mercy showers all that is wanted,
Who has exceedingly pretty eyes,
And who keeps on shifting.

We are playfully covered by her from all evils,
By her dwelling in Kadambha forest,
By her garland which is kept above her breasts,
By her breasts which are like mountains,
By her grace and benevolence which is great,
By her blushed cheeks which are red,
By her mellifluous sweet toned songs,
And by her body which is blue like the cloud.

I salute that beauty of the three worlds,
Who is the consort of the three eyed one,
Who is in the middle of Kadambha forest,
Who lives golden disc which is ,
Situated on the    six lotus flowers,
Who is the permanent  light giver  to the seers,
Who likes fully open japa flowers,
And who wears the crescent as her head gear.

I take refuge in her who talks sweetly,
Who is the daughter of sage Mathanga,
Who holds the Veena close to  her breasts,
Who prettily makes up her curly tresses,
Who lives the peals of water lily,
Who hates people with evil thoughts,
Who has eyes red due to her zest,
And who entices the destroyer of the god of love,

I salute that beauty of the three worlds,
Who is the consort of the three eyed one,
Who holds the first flower of God of love,
Who wears the bluish silk dotted with red spots,
Who holds in her hand the pot of wine,
Whose rim of eyes of shaking due to intoxication,
Who has heavy  breasts  which rise high,
And who is the swarthy one with disheveled locks..

I  salute that Goddess of the world,
Who rules over the world of Lord Shiva,
Who has her tresses plaited by the queen of devas,
Who is applied sandal by the consort of Brahma,
Who is made to wear ornaments of gems by Goddess Lakshmi,
And who has several Deva maidens as companions.

Posted by Raja Thatha at 12:20 AM No comments: Links to this post

(Sharda is the goddess of the temple town of Sringeri. She is supposed to be an incarnation of Goddess Saraswathi.Adhishankara has established one of his Mutts in this town, which is in the shores of River Thunga.
This great stotra unlike the other stotras of  Adhi Shankara is difficult to follow, though it is extremely musical. Many interpretations exist because of that. I have to a large extent followed the Tamil translation (Making changes wherever I did not agree) which appeared in Brahma Sandesam,  April 2009 issue. People who disagree with the translation are requested to pardon this ignoramus.)

Having pot like breasts , which are  pots full of nectar,
Prepared to shower  her grace , she looks after those who do good,
And she has the form of ever glowing moon with reddish lips resembling a cherry,
And I pray that mother Sharada who is forever my mother.

Brimming with mercy in her glance,  showing symbol of wisdom in her hands,
Always awakened  by the art forms, always wearing ornaments,
And who is the wakeful great lady and living in the shores of auspicious river  Thunga*,
And I pray that mother Sharada who is forever my mother.
* Sringeri temple is situated in the shores of Thunga and not Thunga Bhadra
and so I have taken one meaning of Bhadhra as auspicious.

Wearing ornaments in her forehead, becoming ecstasic in good music,
Looking after her devotees , with two cheeks famous for their beauty,
And having garland of beads in her hand and who has deep liking for ornaments,
And I pray that mother Sharada who is forever my mother.

With braided hair  parted at the middle showing hanging ornamental balls,
With playing glances of a deer and worshipped by the Devendra,
With nectar like smiling face and hair that attracts our mind,
And I pray that mother Sharada who is forever my mother.

Very peaceful, with a pretty mien , with black hair ,with eyes like that of deer,
With shining body like a tender climber, who cannot be measured by mind,
And who existed before the imaginative world of great sages,
And I pray that mother Sharada who is forever my mother.

She who rides on a deer, horse , lion and eagle,
She who rides on the swan, the bull and the elephant,
During the nine holy days and has a very peaceful form,
And I pray that mother Sharada who is forever my mother.

She who is as pretty as raging fire, she whose prettiness attracts the world,
She who moves around the lotus like mind of her devotees like a bee,
And she whose luster is increased by true prayer , song and dance,
And I pray that mother Sharada who is forever my mother.

She who is worshipped by Lord Vishnu, Shiva and Lord Brahma,
She whose face is lighted by her lustrous smile,
And she whose prettiness is increased by the swinging ear pendants,


And I pray that mother Sharada who is forever my mother.
Posted by Raja Thatha at 12:16 AM No comments: Links to this post

Shat padhi
(The poem of six verses or The bees)
By
Adhi Shankara Bhagawat Pada,
Translated by
P.R.Ramachander

Oh my lord Vishnu, please remove my pride,
Make  my entire mind filled with  peace,
Put an end to any attraction towards animal desires,
Expand my mind with mercy to all beings,
And help me cross, this  ocean of daily life.

I salute the lotus like feet of Vishnu,
Which cuts off  the fear and sorrow of the worldly life,
Which is like a river of holy pollen grains,
And which is with the divine scent of eternal happiness.

Even at the time of  true realization, when I see no differences,
I am but a part of you, and you are never my part,
For a tide is a part of the sea and sea can never be a part of the tide.


Parameshwara paripalyo bhavatha bhava thapa bheethoham.      5
Posted by Raja Thatha at 12:11 AM No comments: Links to this post

A prayer to Lord Shiva in Tamil

A prayer to Lord Shiva  in Tamil 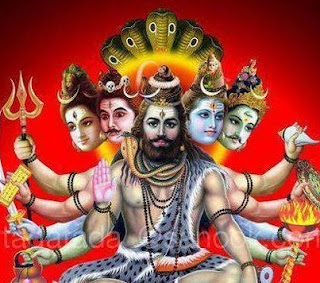 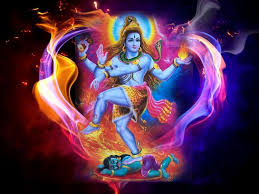 He is the father  of
One with elephant face
And one with six faces,
He has Goddess Parvathy   as his part

He is the father   and mother,
He is an expert in dance

Posted by Raja Thatha at 6:26 AM No comments: Links to this post 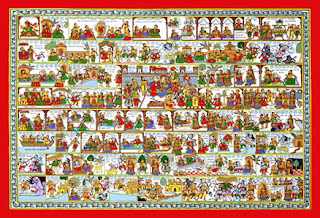 I got this   from the post of my friend in facebook  Srikrishnan Raghavan Ghanapatigal. To him  my acknowledgements. Here is a very concise   and very meaningful summary of Ramayana in 16 Tamil words   which I have translated  in to 16 english  phrases andI have also explained  how these sixteen words  give Ramayana    story concisely. At the end I am  pasting what my friend has posted in Tamil:-

Took birth, grew up, learnt knowledge, got blessings,
Got married, became  special,  gave up, melted due to emotion,
Lost , wandered, destroyed, made  it great,
Gave up , suffered mentally  , ruled and went back.

Piranthar-took birth-
Took birth as son of Dasaratha  and Kausalya

Valarnthaar- Grew up-
Grew up along with his brothers

THuranthar-gave up-
Gave up his kingdom  obeying his father

Chezhithar- Mage u it gre-
Made his kingdom great

THuranthar-gave up-
Gave yup his wife based on gossip

Meendar- went back-
Went back to heavens

Posted by Raja Thatha at 9:44 PM No comments: Links to this post